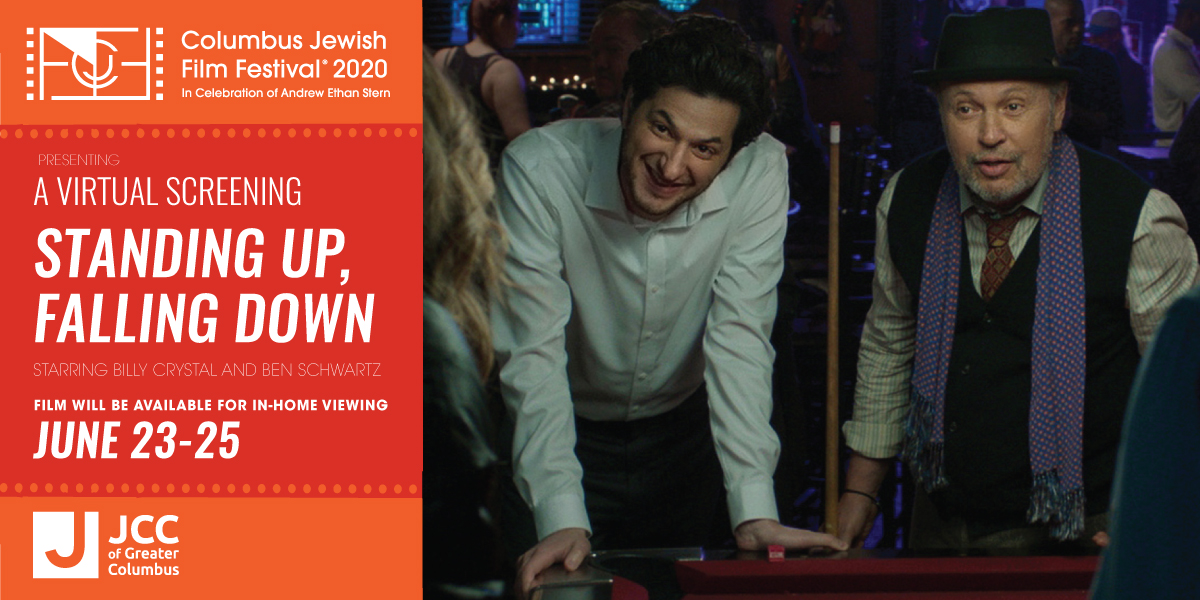 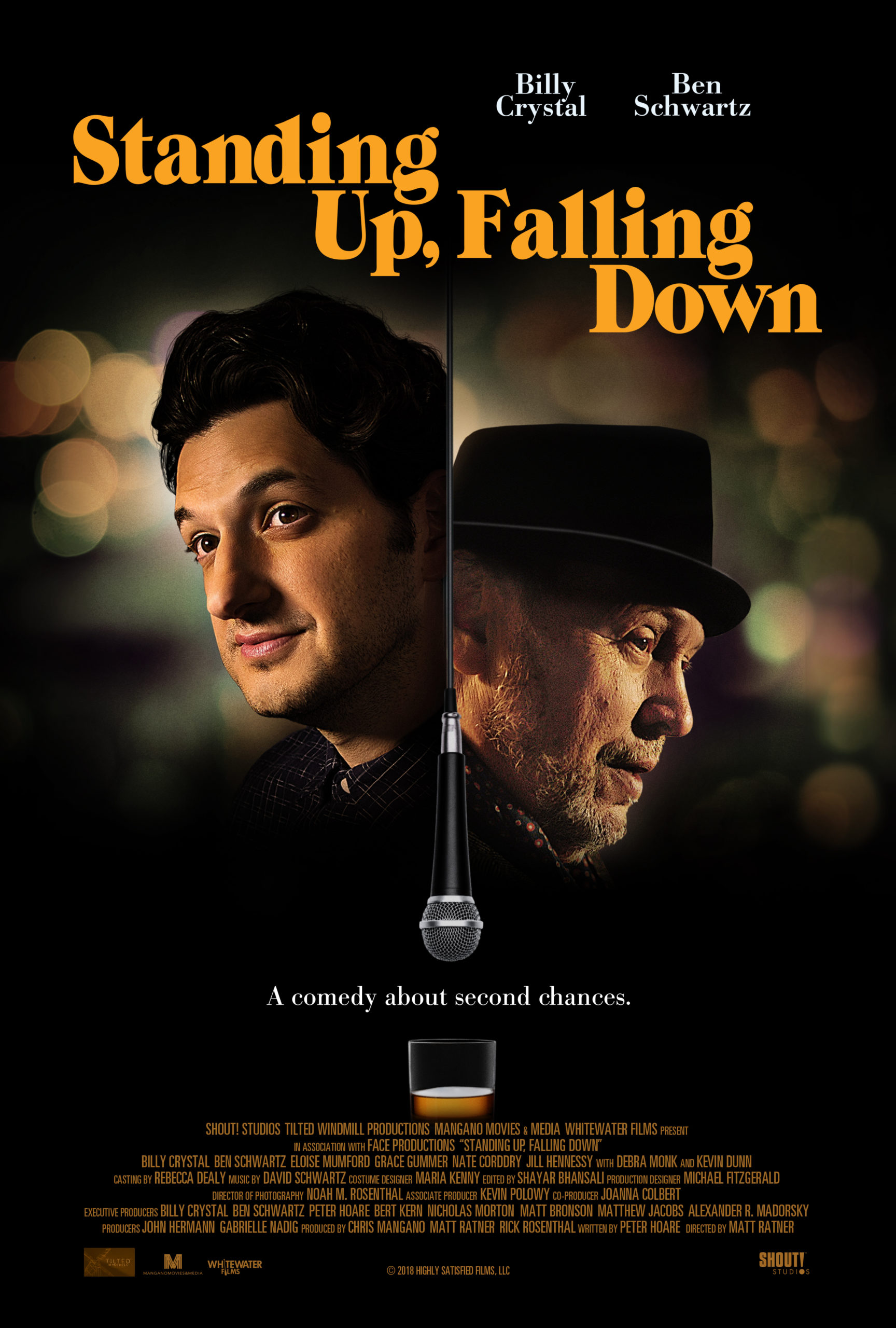 “Standing Up, Falling Down”

Film will be available for in-home viewing:

• Film link and zoom confirmation will be sent on June 22 (day before first screening) to the email you provided. Please check inbox and spam.

• You will have 24 hours to watch the film once you click the link in the email that will be sent to you.

• Please make sure you have Zoom downloaded to your device prior to watching the film.

Things are not going according to plan for Scott (Ben Schwartz), a stand-up comedian begrudgingly returning to Long Island after striking out on the Los Angeles comedy scene. He’s humiliated to move back in with his family and haunted by what could have been with Becky, the hometown girlfriend he abruptly left for the West Coast. Wracked with doubt and facing the prospect of a soul-crushing ‚”real” job, Ben finds an unexpected connection with Marty (Billy Crystal), a local dermatologist and charming bary with a penchant for karaoke. Scott learns that Marty’s larger-than-life personality and alcoholism mask past disappointments of his own. As their unlikely friendship evolves, Marty and Scott find the strength to start confronting their long simmering regrets. 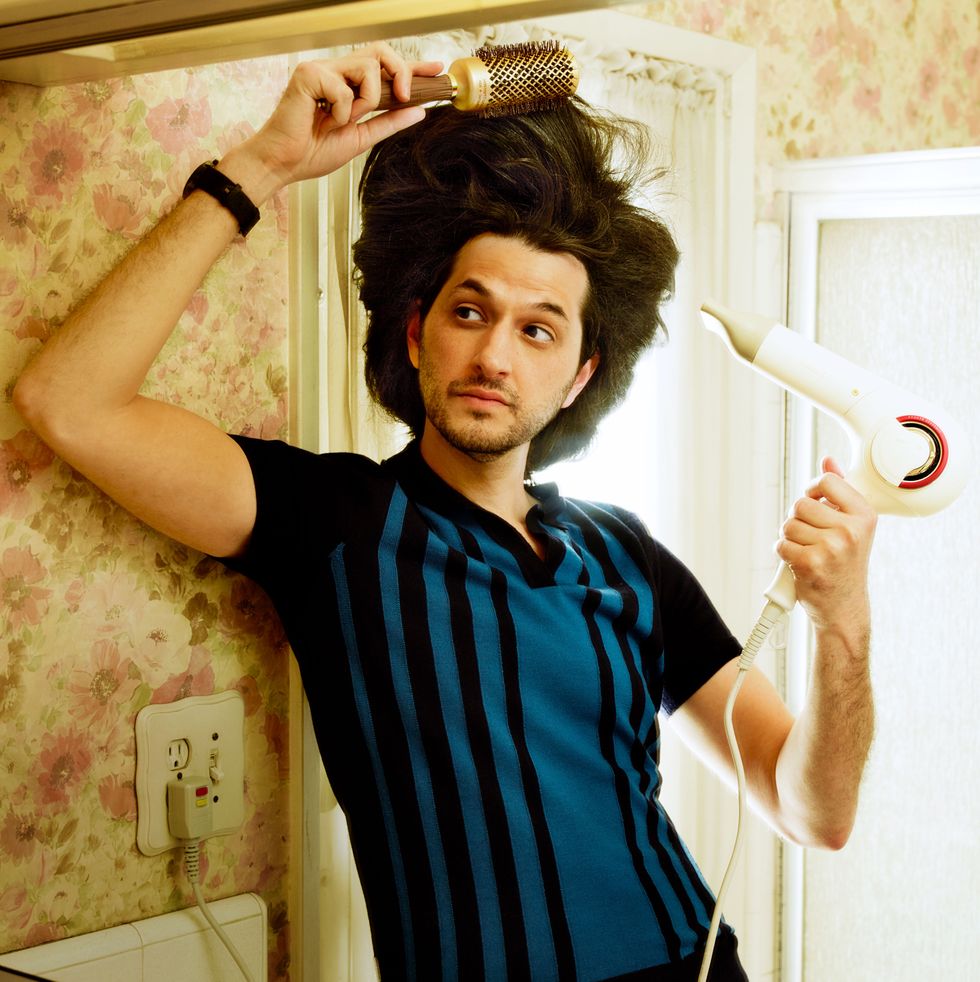 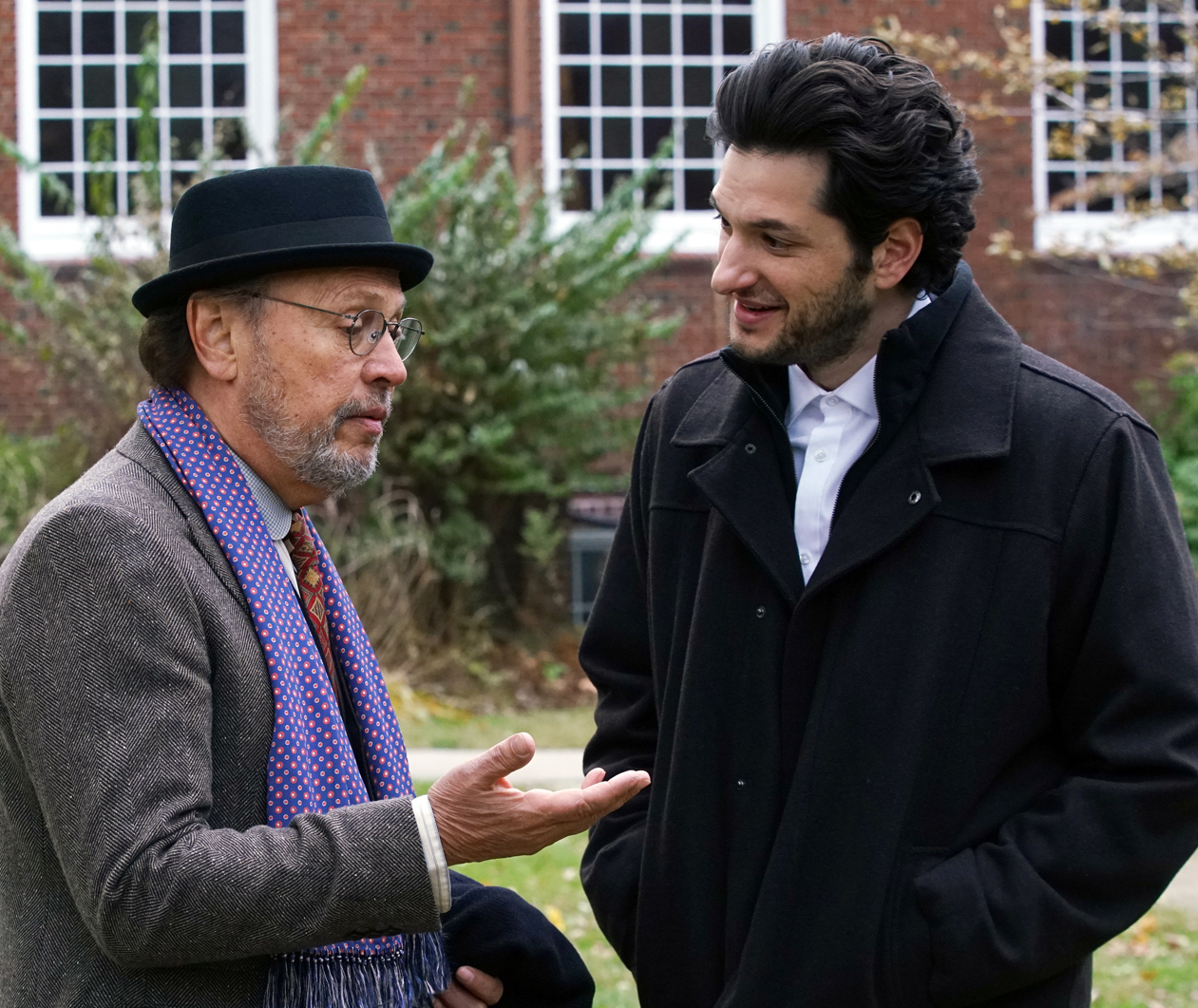 Ticket holders are invited to join us for a live Q&A session with actor/comedian Ben Schwartz on June 25 at 7pm EST.

Schwartz can be seen alongside Thomas Middleditch in their Netflix specials, MIDDLEDITCH & SCHWARTZ. The specials are based on their completely improvised two person show that they took on tour through early 2020. During this tour, the two played Carnegie Hall, Chicago Theatre and sold out theaters all across the country.

Additionally, Schwartz can be seen starring in Netflix’s SPACE FORCE, the comedy series that follows the people tasked with creating Space Force, a new branch of the U.S. military. Created by Greg Daniels and Steve Carrell, Schwartz will star alongside Carrell, Noah Emmerich and John Malkovich in the new original comedy set to premiere in 2020. He also stars in the Disney+ original film FLORA AND ULYSSES and lends his voice to the Paramount Animation and WWE-produced animated film, RUMBLE starring Will Arnett, Terry Crews and Tony Danza set to release in 2021.

Most recently, Schwartz voiced the title character in Jeff Fowler’s highly successful live action/animation hybrid film SONIC THE HEDGEHOG, based on the classic Sega video game. Paramount released the film on February 14, 2020 and it has since become the highest domestic grossing video game adaptation of all-time with $146 million and a worldwide gross of $306.7 million.

It was recently announced that Schwartz and Sam Rockwell have teamed up for an upcoming film for Searchlight Pictures. The division picked up the project as a pitch from Schwartz and he is set to pen the script. Both Schwartz and Rockwell will star in and executive produce the untitled feature.

Schwartz starred in and executive produced the independent film STANDING UP, FALLING DOWN alongside Billy Crystal. The comedy, which Deadline’s Pete Hammond called “a career highpoint” for Schwartz, follows him as Scott, a standup comedian whose career has crashed and burned after four years of chasing his dreams in Los Angeles. Left with little money, he has no choice but to return to his parents’ house in Long Island. His additional feature film credits include the Warner Bros. film THIS IS WHERE I LEAVE YOU opposite Jason Bateman and Tina Fey, OUTSIDE IN opposite Edie Falco and Jay Duplass, DreamWorks Animation’s TURBO, RUNNER RUNNER with Justin Timberlake and Ben Affleck, THE WALK opposite Joseph Gordon-Levitt and Ben Kingsley and PEEP WORLD with Rainn Wilson, Michael C. Hall and Sarah Silverman.

As a writer, Schwartz was nominated for three Emmy® Awards and won the 2009 Emmy® for ‘Outstanding Original Music and Lyrics’ for co-authoring Hugh Jackman’s opening number for the 81st Academy Awards®. He has written two features for Imagine Entertainment and Universal, one feature for Gary Sanchez, Point Gray and Good Universe and was hired by Paramount to re-make the 1991 classic comedy SOAPDISH with producers Rob Reiner and Alan Greisman. In 2011, the script appeared on Los Angeles’s illustrious Black List. He has co-authored four humor books, three through Harper Collins: “Grandma’s Dead: Breaking Bad News With Baby Animals,” “Why Is Daddy In A Dress?: Asking Awkward Questions With Baby Animals,” and “Maybe Your Leg Will Grow Back!: Looking On The Bright Side With Baby Animals.” And one through Hachette Books “Things You Should Know about Dating, You Fucking Idiot” which was optioned by CBS to be made into a television show.

The AES Short Film Competition is a program of the Columbus Jewish Film Festival, Columbus, Ohio. Filmmakers are invited to submit a short film in any genre relating to Judaism, Jewish culture or history, the Jewish experience, or other Jewish themes.

› $10 entry fee per film, up to two submissions per applicant.
› Open to filmmakers ages 18-40 throughout the USA and Israel
› Films may be of any genre/format (documentary, narrative, animated, etc.)
› 4-12 minutes (including credits)

The JCC is a place that nurtures a passion for Jewish learning and living. Through its programs and services, the JCC provides an inviting Jewish Neighborhood and comfortable place to thrive. Hours: M-Th 6:30 am - 8 pm; Fri 6:30 am - 6 pm; Sat 1:30 - 5 pm; Sun 8 am - 5 pm facebook LinkedIn YouTube